To the everyday commuter, the town of Monrovia may appear to be one long stretch of big-box retailers, restaurant and otherwise, along Southern California’s 210 Freeway.

But to those in the know, the true retail center of Monrovia requires a detour toward the San Gabriel foothills, where the original heart of town beats along Myrtle Street. There, among the mom-and-pop stores and services, lies Jake’s Roadhouse.

Owned and operated by the Banuelos family, Jake’s Roadhouse lives up to its name, a cozy stopover for travelers and locals alike, festooned with road trip mementos on the walls, bins of peanuts on the table and sawdust on the floor.

The casual neighborhood draw, which opened in 2000, offers breakfast, lunch and dinner. The house specialty is barbecue, a technique chef and family patriarch Tony Banuelos mastered during his 17 years of work at nearby Robin’s Wood Fire BBQ.

Some barbecue houses align themselves with regional styles, such as Carolina or Texas; Banuelos describes his barbecue style as “Californian. We use electrical smokers,” he concedes, to meet air-quality standards. He flavors his meats with a house-mixed rub before they go into the smoker for four hours.

The succulent baby back rib is often the most popular item at barbecue joints and Jake’s Roadhouse is no exception. Banuelos serves his with a choice of two sauces, sweet or spicy. Both are made in-house, as is every item at Jake’s Roadhouse, including the cole slaw, which is mixed to order to maintain crunch and flavor.

“Customers tell us it’s not too sweet and it’s not too tangy, it’s right in between,” his sister and coworker, Altgracia Banuelos, reveals about the slaw.

For Banuelos, the best item on his menu is the beef back rib, an item commonly found in Texas but just gaining popularity elsewhere. The cut can be tricky, Banuelos counsels, because people try to cook it too quickly, resulting in a tough piece of meat. He lets his tenderize slowly in the smoker, then pops the rib on the grill to give it a dense, meaty finish.

Because beef ribs are a pricier option, locals know to flock to Jake’s Roadhouse on Wednesday nights, when Banuelos offers an all-you-can-eat special for $17.95. The restaurant goes through anywhere from 300 to 350 pounds of those ribs each week, Banuelos enthuses. He markets similar promotions for barbecued chicken on Monday nights and baby-back ribs on Tuesday nights to drive sales.

Some customers, however, never get to the barbecue. That’s because they’re hooked on Banuelos’ signature breakfast item: lemon pancakes with raspberry butter. “We have three to four hour waits on Sundays,” he marvels, revealing that customers even wait that long in the summer, when temperatures soar into three-digit levels. “Local television channel 11 did a story and it’s been crazy ever since,” he says.

To try the restaurant’s beef ribs at home, Banuelos provides the following recipe, including his proprietary, spicy sauce, which is his favorite pairing. “Watch the temperature very carefully, otherwise, it will make the meat tough,” he cautions. 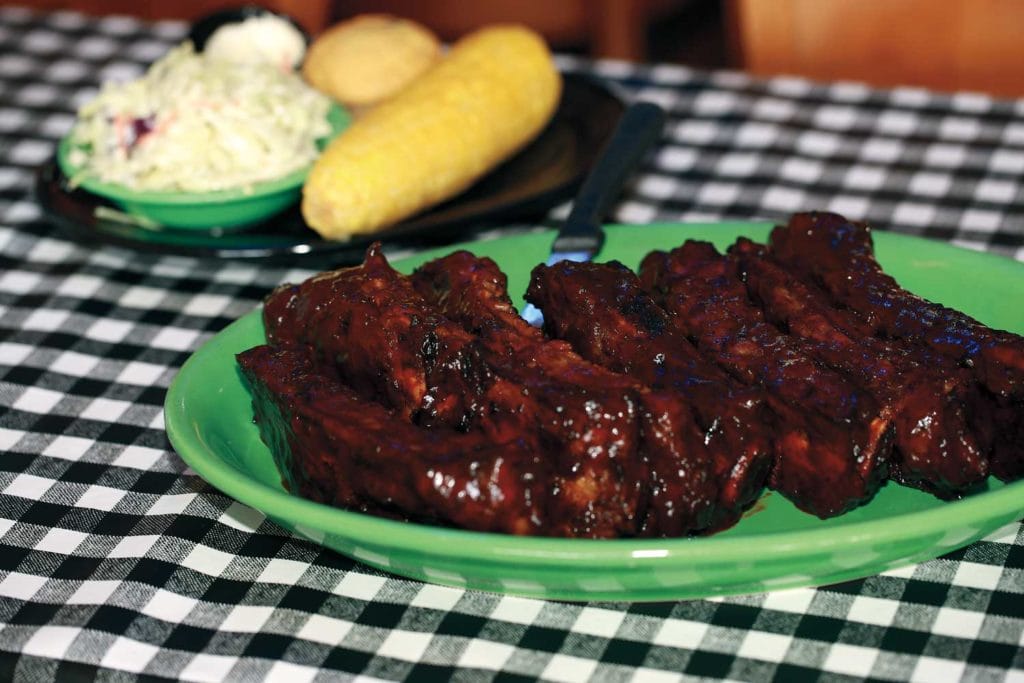